Academy's logo is an OCTAHEDRON.  A octahedron is a geometric symbol of mathematical beauty and symmetry. The great Greek Philosopher, Plato, paired each of the platonic solids with a classical element. He believed that these three dimensional shapes were the building blocks to the creation of everything—in us, around us, and beyond.

This platonic solid is associated with the element "Air", which symbolizes reflection, intellect, and the balance of forces.

The inner shape is also a mirror, symbolic of the role self-reflection plays in personal growth.  It also reminds us that we can be mirrors/reflections to each other.

Crimson = a color of passion/inspiration = Virtues of Creativity

Gold = of the 4 color personalities, gold is the social personality = Social Virtues 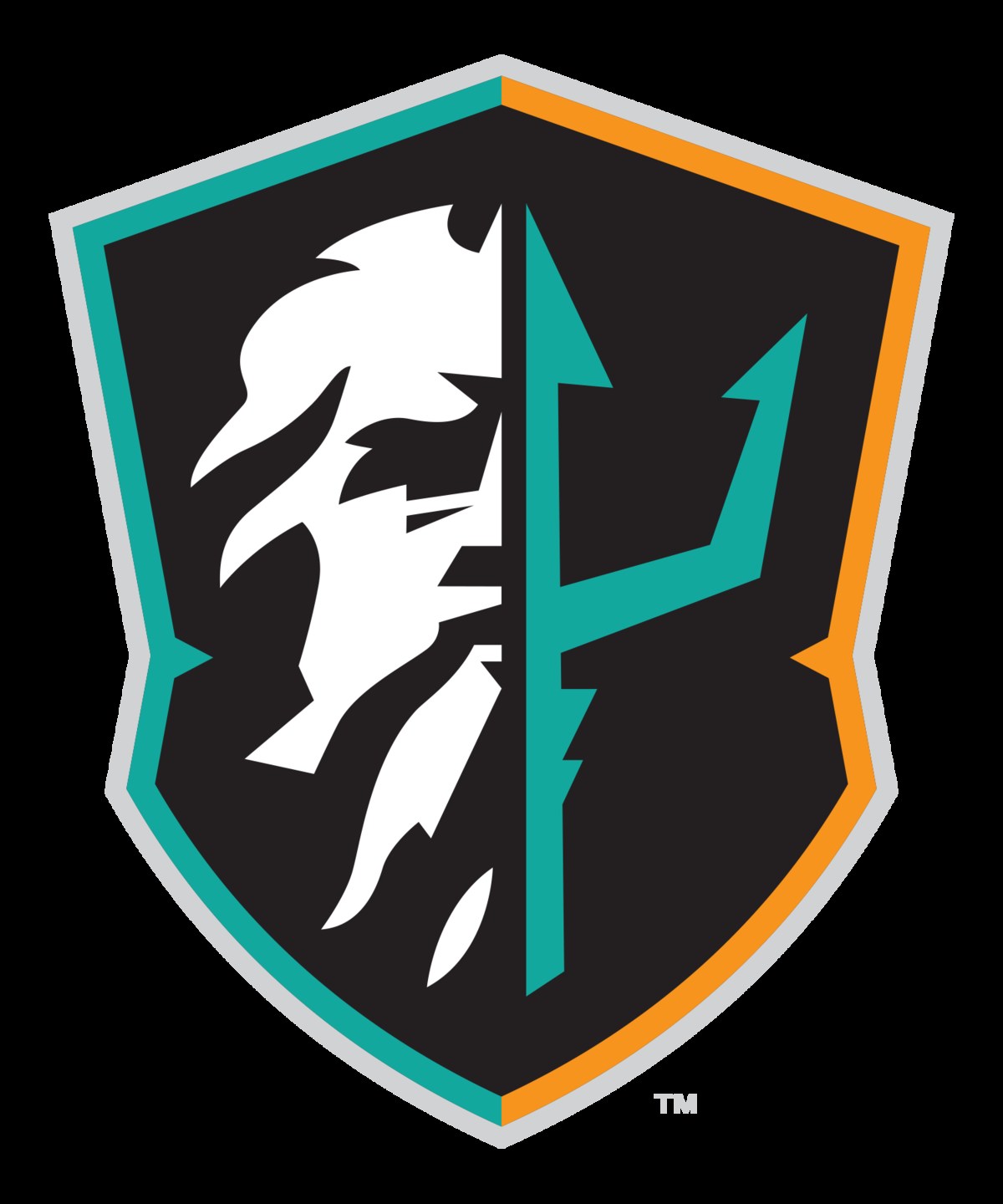 After discussing with dozens of registered students, parents, Academy and IVA employees, prospective students, and marketing experts, we were able to narrow down twelve final mascot candidates to the mascot we were always meant to be.  TRITONS.

Long Beach's identity as a beach city as well as home to the largest port in North America makes a mascot associated with the ocean a natural fit.  In mythology, Triton was a god of the sea who raised Athena, the goddess of intellectual virtues. The Tritons mascot ties Long Beach to ancient Athens, the birthplace of intellectual virtues and also one of the world's greatest ports.