About Us » Enroll » Parent Voices on Transitioning to the Academy

Parent Voices on Transitioning to the Academy 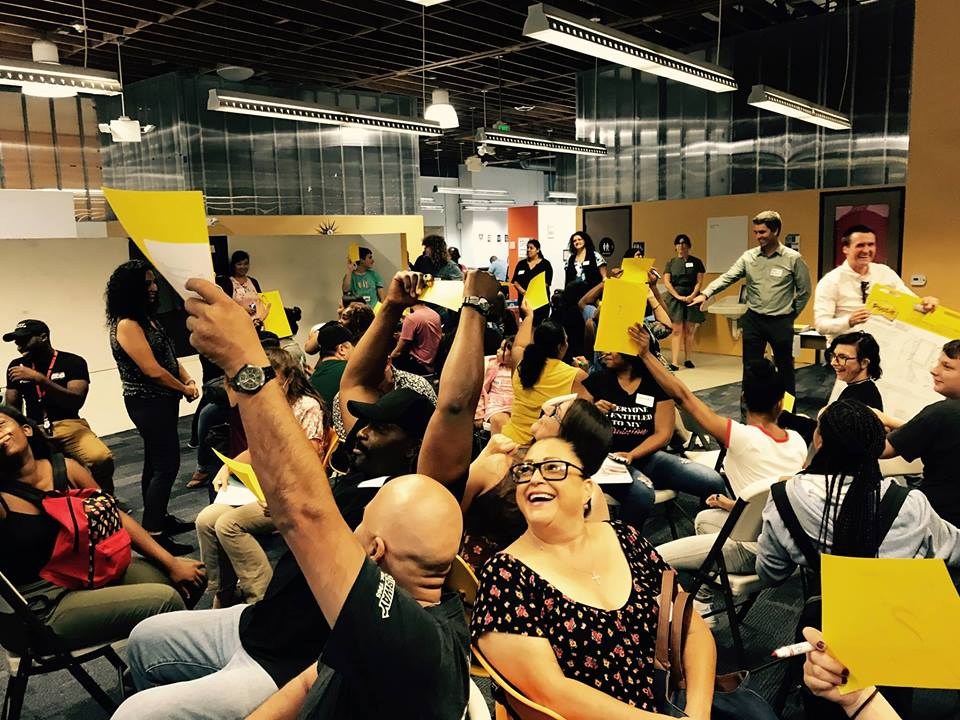 I went through the difficult, confusing task of the “school of choice” process a year before my son’s transition into High School. We were disappointed in his assigned school. I met with many people within the district to come up with other options. We reluctantly gave the school a try, but it was not a good experience.

Intellectual Virtues Academy High School (“The Academy”) fell into my lap, by way of a colleague. I filled out the application online, received a call the same day and was sitting in the office with Mrs. Day within days. She was excited as she spoke with us about the school, actually acknowledging my son and answering the questions he had about the school. A few weeks later we went to a beach event the school had and met other parents; I saw there that they believed in community. As my husband and I left the event, I told him about the interactions I witnessed between the students and teachers. I explained to him that those interactions were authentic and that those types of interactions only come when relationships are being built between the students and teachers. I now see these interactions with my son, rather it is in a high five in the morning, during a parent meeting, or loving reprimand their interactions with students are amazing.

The Academy has been everything they said it would be! They are a student lead school that considers the needs of students and supports them regardless of the difficulties the student may be facing. I have seen my son grow in ways I never imagined, I see their love for his progress and their willingness to help him become a better student AND human being.

I have cried many times during my son’s academic journey, I have left meetings in awe of how teachers have spoken to my family and me regarding my son and have grappled with the idea of forgoing other expenses to place him in private school. The Academy has solved all of these problems and restored my belief that public school can be a great option for students especially when you have a teaching staff as they have at the Academy.

The Academy became a part of our family over a year ago. The path from our initial exposure to this very special school to now – as parents of a freshman who is nearing the end of her first Academy term – has been nothing short of deeply supportive, thought-provoking and inspiring, both for us and for her.

Our daughter attended elementary school and middle school here in Long Beach. In seeking a high school that would emulate the sort of intimate setting and hands-on learning she experienced as an elementary school student, we looked into both a pathway in another Long Beach High School program and the Academy. We did our homework and left no stone unturned; asking questions, attending meetings and site nights, connecting with faculty, students and parents. When all was said and done, she was accepted to both. The decision was hers to make, and she chose the Academy.

As a parent, my child’s move from middle school to high school felt daunting and enormous. After connecting with such ease to the Academy staff and prospective students and their families at several information meetings, I tried to imagine what her life at a small charter school would look like. Now that our girl is an Academy student, it is easy to look back and imagine our view may have been a collage of projections we sort of collectively created, based on spending time on site and getting to participate in a few engaging faculty-led exercises and question & answer sessions.

It turns out, those projections were pretty spot on, for all of us I think. The school culture and community-based environment of the Academy is strong and beautifully anchored within its virtue-based framework. Incoming freshman attended two days of orientation before school started in September. The kids had time to figure out the lay of the land, connect with other freshman and potential new friends, and have some time with staff and faculty before being in class. These were all things my daughter had worried about, and by the time the first day of school arrived, she was nervous, but had a clear idea of what to expect.

Four months in, I watch my daughter grow and mature and stretch. Her academic inquisitiveness has exploded. Her kindness is intact. She is getting more comfortable in hue own skin. She has ideas, revelations and moments of brilliance and discovery that I attribute to the creative and critical thinking that is a constant at the Academy. She has transitioned beautifully from middle school to high school, and we watch with joy as she is challenged intellectually, supported emotionally, and applauded for being exactly who she is.